Α free Greek Orthodox secondary school has been given government approval to open its doors in September next year, aiming to meet high academic standards while providing the Cypriot community in the UK with a strong Orthodox element within the school. (Find out more about the story at “Britain’s First Greek Orthodox Secondary School St Andrew the Apostle Granted Approval“.)
“St Andrew the Apostle is based on the Christian faith and moral principles of the Greek Orthodox church, and we are delighted to be working with the Russell Education Trust (RET) to establish a school with the very highest academic standards,” said the chairman of the Classical Education Trust (CET), Yiannis Pareas.
There are around 300,000 UK citizens of Cypriot descent living in England with the vast majority based in London, but the opportunity for a freely available Greek Orthodox education has long been lacking, so the Greek Cypriot community is longing for the free Orthodox school to open.
For a large proportion of the Greek Cypriot community in Britain, developing a reasonable level of fluency in Greek becomes increasingly difficult for the children and grand-children of the original immigrants.
Pareas acknowledges that and hopes that at some point the school will be able to offer extra Greek classes.
“If it can be stretched to include classes for adults, we should be trying to do that too. It is up to the community and the school governing body if these could be done,” he said. “The priority at the moment is to set up the school — everything else will come with time, patience and determination.”
Pareas said that it took them a couple of years to get the application just right but the enthusiasm from the north London Greek Cypriot community as well as the feedback they received, alongside with RET’s help enabled them to put together a “fantastic application.”
“It will be the hub for the community: there’ll be Greek concerts, inviting people from abroad to talk about Greek culture and tradition… holding of school activities, the whole community will come together because of that,” Pareas said.

Antarctica: Only church on the whole continent

The Russian Orthodox Church of the Holy Trinity in Antarctica. The most remote Orthodox church in the world, and the only church on the continent of Antarctica, Holy Trinity is both a popular tourist destination as well as the parish church for Russia’s large scientific community in the region. U.S. Assistant Secretary of State will come to Turkey to visit Halki Seminary

Archpriest and Metropolitan of Bursa Elpidophoros Lambriniadis confirmed that Gordon will visit Halki Seminary on July 30, speaking to Hürriyet Daily News. Metropolitan Lambriniadis said the proposal for the visit reached the Patriarchate via the U.S. Embassy. The meeting will begin at 2:30 p.m., and it has not yet been determined whether it will be open to the press.

After paying a 4-day official visit to Greece, Gordon will come directly to Istanbul. On Monday, Gordon is expected to visit Halki Seminary after going to the Fener Greek Patriarchate. Gordon will also attend an iftar dinner in Üsküdar. On his visit to Turkey in 2009, U.S. President Barack Obama underlined the importance of reopening Halki Seminary in a historic speech at Turkey’s Parliament. Despite Obama’s emphasis on the topic, U.S. Secretary of State Hillary Clinton’s more recent remark that “Halki Seminary should be opened, but also a mosque should be opened in Athens,” caused confusion and worry at the Fener Greek Patriarchate.

The mystery of Orthodox Church in Romanian politics 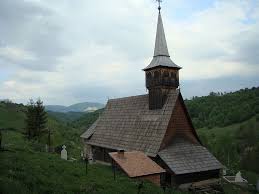 AS municipal leaders in Romania are up for election on June 10th they are receiving help from an unexpected place. In the run-up to the poll preaching not only the word of God but also the one of local politicians has become a custom in several churches in Romania. Romanian media recently revealed that in some churches in Bucharest and other cities around the country, churchgoers found campaign leaflets next to candles and incense envelopes.
Clerics are not making a secret of their political activities. During a recent official visit to Iasi, the biggest city in the north-east part of the country, Victor Ponta, the prime minister, was told by a senior official cleric based there that "they are working so that the mayor could get re-elected with a majority of votes".

The Orthodox Church, the biggest religious institution in Romania, is getting public funding even though Romania doesn't have an official state religion. "The National Cathedral of Redemption", a gigantic luxurious church, is currently being built in Bucharest at a cost initially evaluated by the Church itself at €400m ($503m). Besides that, the government has donated 11 hectares of land for the project worth around €200m.

Construction started in 2010 and sparked controversy in impoverished Romania, a country where thousands of people took to the streets at the beginning of the year to protest against the government's austerity measures, lack of jobs and poor living standards. It is also the country where last year half of the hospitals were closed or merged leaving thousands of people, especially from the countryside, without a hospital nearby.

The cathedral, built right next to Nicolae Ceausescu's Palace of the People, will be 125 metres high and could become the tallest Orthodox church in the world. With space for up to 5,000 people at a time, it is meant to symbolise Romania's spiritual unity and national dignity.

Faced with public pressure, the heads of the Church denied the initial cost estimate and said the construction would amount to just €100m. They said the money would be raised from donations but the actual fund-raising process remains a mystery.

So far, the government and some of the city halls in Bucharest have donated more than €10m to the project from the public purse but the Church keeps asking for more money every once in a while, local officials said.

Some politicians are very eager to help. The National Agency Against Corruption revealed a phone conversation between Patriarch Daniel, the head of the Romanian Orthodox Church, and Viorel Hrebenciuc, a well-known Social Democrat MP. According to the transcript, the politician told the Church leader that he can help him get a loan for the construction of the cathedral from Banco Espirito Santo, the "Holy Spirit" Bank, in Portugal. The case is under investigation. So why are some politicians supporting the Church? The Orthodox Church is the most trusted institution in Romania, according to official polls. The Church claims to have around 18m followers in Romania, which ccounts for over 80% of the total population.

The Orthodox Church has refused to offer The Economist's correspondent in Bucharest an explanation. Clerics avoid talking about the Church's sources of finance and about its fortune. Yet judging by the luxurious cars the Church leaders were seen in at some public events, one might conclude that their finances are not too bad at all.

In Christian belief, at the end of all time Judgment Day will hold each person accountable for the way they behaved during their life. The local election day on Sunday will not mark the end of the world, but it could be a great time for voters to judge local politicians.

STRATFOR: The Geopolitics of Greece: A Sea at its Heart by St. Nikolai Velimirovic
Marina was born in Pisidian, Antioch of pagan parents. At the age of twelve Marina learned about the Lord Jesus Christ; how He became incarnate of the All-Pure Virgin, how He worked many miracles, how He suffered death on the Cross and gloriously resurrected. Her young heart became inflamed with love for the Lord and she vowed that she would never marry and further desired in her soul to suffer for Christ and to be baptized in the blood of martyrdom.
Her father hated her because of her faith and did not consider her as his daughter. The imperial deputy Olymbrius, learning from Marina that she was a Christian, first wished that she would become his wife. When Marina rejected that he ordered her to bow down before the idols and to that St. Marina replied: “I will not bow down nor offer sacrifice to the breathless and dead idols who do not recognize themselves nor do they know that we honor or dishonor them. I will not give them that honor which belongs only to my Creator.”
Then Olymbrius subjected Marina to harsh torture and threw her into prison completely covered with wounds and blood. While in prison Marina prayed to God and, after prayer, the devil appeared to her under the guise of a horrible serpent which entwined itself around her head. When she made the sign of the cross the serpent burst and vanished. Then she was engulfed with a heavenly light and it seemed to her that the walls of the prison vanished together with the roof and a radiant and towering cross appeared and atop the cross a white dove, from which a voice came saying: “Rejoice Marina, rational [discerning] dove of Christ, daughter of Zion in the highest, for your day of rejoicing has arrived.”
Marina was healed from all her wounds and pains by the power of God. The demented judge tortured her the following day, both in fire and in water, but Marina endured all as though she were in another body. Finally he condemned her to be beheaded. Before her death the Lord Jesus appeared to her with angels. She was beheaded during the reign of Diocletian but in soul and power she remained alive in the heavens and on earth. A hand of St. Marina reposes in the Monastery of Vatopedi on Mt. Athos.
However, atop Mt. Langa in Albania overlooking Lake Ohrid, there is a monastery dedicated to St. Marina with a portion of her miraculous relics. Countless miracles have occurred and still occur in this monastery, whose witnesses are not only Christians but many Muslims as well. So much did the Turks have respect for this holy place that they never dared disturb either this holy place or the property of this monastery. At one time a Turk was the guardian of the monastery.

MUST SEE VIDEO: The Facts About Halki Seminary

"It's as if Rome closed down the College of Cardinals." Did you know that the Turkish government is refusing to let the Greek Orthodox Church train its future Ecumenical Patriarch?
Објавио Unknown у 9:43 AM No comments: