Judas’ Profile in the Psalms

The most evocative component of the episodes of Christ’s suffering is perhaps the ambivalence of the incident of betrayal. At once we witness the valleys and the peaks of the human condition and we are drawn into a polemic that challenges us to glimpse the light amidst a deep darkness. Within the ambivalence, then, there exists this antagonism, which only exacerbates the humanness of the story, and ought to give us greater pause. There is breadth of emotional dimension present in the various gospel accounts of the betrayal: friendship and trust, juxtaposed against greed, deceit, and fear. Not only does Christ have the onus of Judas’ perfidy to bear, but he is also beset by abandonment by others of his chosen twelve. Perhaps the most poignant of the recallings is the fleeing by the others in Mark’s narrative (Mark 14:50–52). Not only did they forsake their Master, but they left everything behind in doing so; this is in stark contrast to the original call of Christ to leave everything and join him (Matt 8:22; Mark 10:29). The fear of condemnation and death was greater even for the disciples than was the discarding of the one in whom they sought their salvation. Against this backdrop of disturbance and melee, we see the tremendous potential for humanity as Christ is led to and endures his sacrifice. These various dimensions should beget in us a keen perception of the vagaries of our humanness; that our individual, small efforts are insufficient to the task of our own improvement; and that our hope lies in turning over our lives to the one who took on our flesh and redeemed us from the darkness. By reference to the events and person of the Messiah, the Old Testament made available for the faithful of the early common era the apparatus of belief and understanding by which the perception of Christ as the Messiah could be conceived. It continues to make this apparatus available for contemporary readers of faith.
Two Messianic Psalms on Judas Iscariot:

Christ’s suffering begins with Judas Iscariot’s treachery, as he is sold by his trusted disciple. In looking at the prophetic hints of the betrayal, two questions arise: (1) Who was the one who delivered?; and, (2) How does the Old Testament portray the betrayer and the events leading up to Christ’s death on the cross?
John tells us of Christ’s words to Pilate, the man who would ultimately sentence Christ, and order his death, “[He] who delivered me to you has the greater sin” (John 19:11). For the sake of a presentation which parallels the elements of the gospel narratives, we will begin with a profile of the betrayer himself. What are the passages of the Old Testament which give us indication that the Messiah would be betrayed? That, he would be turned over to the authorities? That, as a result of the betrayer’s actions, he would be killed? We can specify the attributes of “the one who delivered” Jesus to the Jewish authorities and eventually to Pilate, the Roman governor. We will turn first to an examination of the Old Testament portrayals of the most famous betrayer.
The texts which specifically refer to the betrayer are Psalm 41:10/9 and Psalm 55:13/12–15/14. In the following pages, we shall explain these texts in their prophetic light and establish a profile of the betrayer in order to demonstrate the veracity of the prophetic message vis à¬-vis the events of the gospel narratives. The substance of both Old Testament passages is king David’s great disappointment, not only by the actions of his enemies, but by the actions of his intimate friend and counselor who sided with his enemies. The imbricated identity of the betrayer in these psalms is unfolded gradually, as it is in the gospel fulfillment account.
In its typological interpretation, Psalm 41 is messianic in both wide and narrow senses. In the wide sense, it conveys general statements of betrayal and humiliation to be suffered by the Messiah in the carrying out of his royal, prophetic and priestly tasks. Narrowly construed, it also conveys, as seen in verse 10/9, the specific image of David, the royal persona, betrayed by a close and trusted friend. The imagery and sentiment is repeated in the gospel narratives, and the duplicity of Psalm 41:10/9 is fulfilled by the chronicling of Christ and Judas and the scene of betrayal in Gethsemane. To view the prophetic message of our passage in its fullness, we must evaluate the signal components of the text. 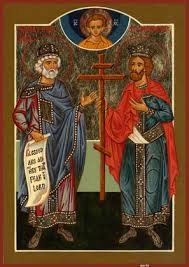 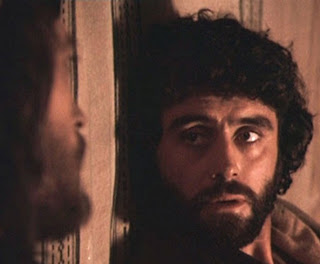