A teenaged girl received 60 lashes in Timbuktu after Islamist extremists convicted her of speaking to men on the street.

The girl, about 15 years old, was allegedly caught standing alongside men by the Islamists of Ansar Dine who now run Timbuktu.

"The Islamists charged that the girl was warned five times by Islamist police but she continued to speak to men in the street. After the hearing, the Islamists gave 60 lashes to the girl. The population did not turn out in large numbers to attend this flogging," said Ousmane Maiga, a Timbuktu resident contacted by phone from Bamako.

The public whipping took place at around 11 a.m. local time in front of the new headquarters of the Islamic police in downtown Timbuktu, next to Independence Square. 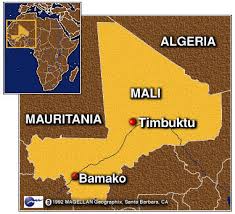