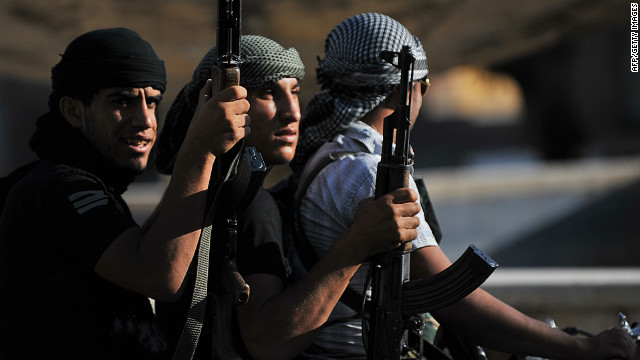 (CNN) -- Turkish President Abdullah Gul said Monday that "worst case scenarios" are becoming a reality in neighboring Syria over its 19-month civil war -- which has spilled over into border clashes between the two nations -- and that it "absolutely cannot" continue.

"The Syrian people are suffering and as you can see it is having an effect on us, too, from time to time," he told reporters.
After days of Syrian shells flying across the border into Turkey, tensions -- and carnage -- are mounting on both sides of the border.

The stray shelling has prompted Turkey to respond with threats and weapons fire, fueling concerns that the Syrian civil war will bleed into a greater regional battle.

Early Monday morning, Turkish authorities reported exchanges of fire in a southern central region of Turkey that borders Syria.
A mortar shell launched from the Syrian side landed in Turkey's Altinozu District, though no casualties were reported, authorities said in a written statement.